How to make the impossible possible? Learn from Elon Musk leadership style

How to make the impossible possible? Learn from Elon Musk leadership style

Every entrepreneur has something that differentiates them from the herd. For Elon Musk that happens to be his transformational leadership style. Starting from nothing to building an empire, Musk has found his way around leading huge companies like Tesla and SpaceX that excel in profits as well as employee satisfaction.

uccess doesn’t come easy. It takes years of day and night work. A perfect example of this saying is Elon Musk, who cracked the code to success in his early 20s. His hunger for success was so intense that he used to work 80 to 90 hours a week (sometimes even more).

From creating an innovative culture at Tesla to introducing the world of sustainable driving, Elon Musk's leadership style is quite inspiring. With transformational leadership styles on the rise, Elon Musk has also entered the list of the 21st century’s most influential CEOs along with Steve Jobs, Reed Hastings, and Jeff Bezos.

Along with the transformational approach, Elon Musk as a leader believes in achieving the impossible, embracing failures, cutting back on unimportant meetings, taking employee feedback seriously, and more.

So, let’s dive into the leadership approach of Elon Musk?

Born in South Africa, Elon Musk is a self-made American businessman and entrepreneur. In his journey, he started many companies that have now become successful. It was 1995 when he launched his first company, Zip2 Corporation, along with his brother. Later the company was acquired, and Elon Musk got $307 million in cash and $34 million in stock.

Using the earnings from the sale of his first company, the duo founded X.com in 1999 (Known as PayPal) which was then acquired by eBay. Fast-forward to 2002 and 2003, Elon Musk founded SpaceX (a company building spacecraft for commercial space travel) and Tesla Motors (a company creating electric cars, battery products, and solar roofs) - two big giants in their respective fields.

Elon once said in an interview that, “he was raised by books” which explains his love for reading. Reportedly, Elon read two books a day which is more than an average person.

With immense success in his entrepreneurial journey, Elon Musk reportedly outclassed Jeff Bezos as the wealthiest businessman in the world early this January.

Elon Musk's leadership style is a mix of challenges, growth, vision innovation, and more. Let’s take a look into each of them in detail.

What people think about you and your company plays a vital role in its success ratio. By knowing and understanding the feedback head-on, you can identify the problem and find a solution that helps you reach your goal.

Elon Musk applies this approach in his personal as well as professional life. He believes it is essential to have a feedback loop where you're constantly looking to eliminate wrongdoings and create room for growth. He insists employees provide continuous feedback as it's the single best piece of advice that could help in real-time and the future.

Going after the impossible

Chasing the impossible is not everyone’s cup of tea. Elon Musk has been known to do the aforesaid, but the journey was never easy. Facing challenges head-on, working relentlessly, inspiring people, and making them believe in his vision are some things that made him reach where he is.

Making the impossible a reality is Elon Musk’s driving force. From building Tesla, an electric car company, to SpaceX, a company building spaceships that will one day take humans to Mars. He is also working on building a machine-brain interface that will connect human brains with computers via Neuralink.

The former HR head at SpaceX, Dolly Singh, once said, “The thing that makes Elon Elon is his ability to make people believe in his vision.” 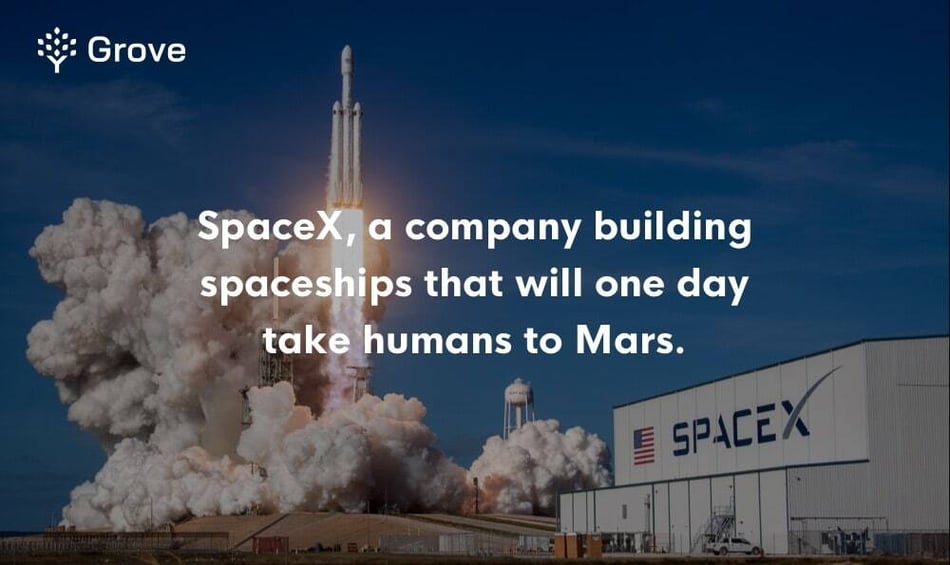 In today’s dynamic and youth-driven world, Elon Musk’s leadership style is a perfect example of growing your business while growing your people. The never-give-up attitude of Elon Musk helped him stay consistent in this long run of success.

Elon Musk is not a perfect leader and some of his approaches may be extreme. But, with the number of successful companies under his belt, Musk's leadership seems to be working for the companies and their employees.

Everyone looks up to someone and if that someone is Elon Musk for you, follow these leadership skills from his books.


Even though Elon Musk has an intense approach that sometimes crosses boundaries, we don’t suggest doing that. In today’s time, most of the employees find work-life balance and mental peace an important factor. So, to have a high-performing culture set boundaries and ensure people abide by them.

Keep an eye out for the right talent that gels with your company and its goals. An employee who shares the same interest as your company will put in that extra effort willingly. This seems like a small task, but it is one of the crucial parts.

3. Have open communication within the company

Maintain transparency within the company to be aware of the pain points and pleasures of your employees. By doing this you not only make the employee feel heard but also save up on money, effort, and everything that can take a company down.

If Elon Musk hadn't believed in his vision, he wouldn’t have been what he is today. Many people thought of him as crazy, but that didn’t stop him.

So, keep faith within you and chase your dreams. By doing this, you become a courageous, inspiring, and visionary leader that everyone wants to follow.

Elon Musk's leadership style helped his businesses achieve success, and we don’t see why it can't happen for you. Although many factors together make the dream work, get things in order and decide which approach works best for you to gain fruitful results!

Watch out for 10 toxic culture red flags at your company

Understand the reasons why job posting sites are crucial to your ...

The Covid-19 pandemic accelerated the world’s acceptance of remote work ...

The top HR Influencers in Asia to connect and follow (Updating)

No doubt, the HR field is always under the influence of the top ...