Roberto Mancini was appointed manager of the Italian National Team in May 2018. Since then, he's led the team to an incredible 32 games unbeaten in over 3 years.

When Italy appointed Roberto Mancini, they had just failed to qualify for the World Cup tournament for the first time in 60 years. The team was in a terrible state and the morale of the players was at an all-time low but Roberto Mancini remarkably turned that around and has now set Italy on course to win the coveted Euro 2021.

In this article, we look at the 4 main attributes that contributed to his remarkable achievements at the helm of the Italian national team.

Born in Jesi, Italy on November 26, 1964, Roberto Mancini had a rich playing career of 20 years, during which he won the Serie A title with Sampdoria.

As a manager, Mancini's profile rose when he won three Serie A titles with Inter Milan during his first spell at the club from 2004—2008. In 2009, he was appointed the manager of Man City and he guided them to their first-ever Premier League title in 2012. Though he was sacked before the end of the 2012/13 season, Mancini quickly found his feet and got a managerial role at Galatasaray before the start of the 2013/14 season.

He went on to manage Inter Milan and Zenit St Petersburg before he was appointed as manager of the Italian national team.

4 attributes that contributed to Roberto Mancini's success with Italy

1. Assign team members based on merit

Just before Mancini took over the team, veteran players such as Gigi Buffon, Daniele De Rossi, and Andrea Barzagli had announced their retirement from international football and he was tasked with the challenge of building a new team.

So, he decided to create a team consisting of young talents and experienced players. He handed out call-ups to players based on merit only and in no time, he succeeded in assembling a strong unit ready to compete for the championship. 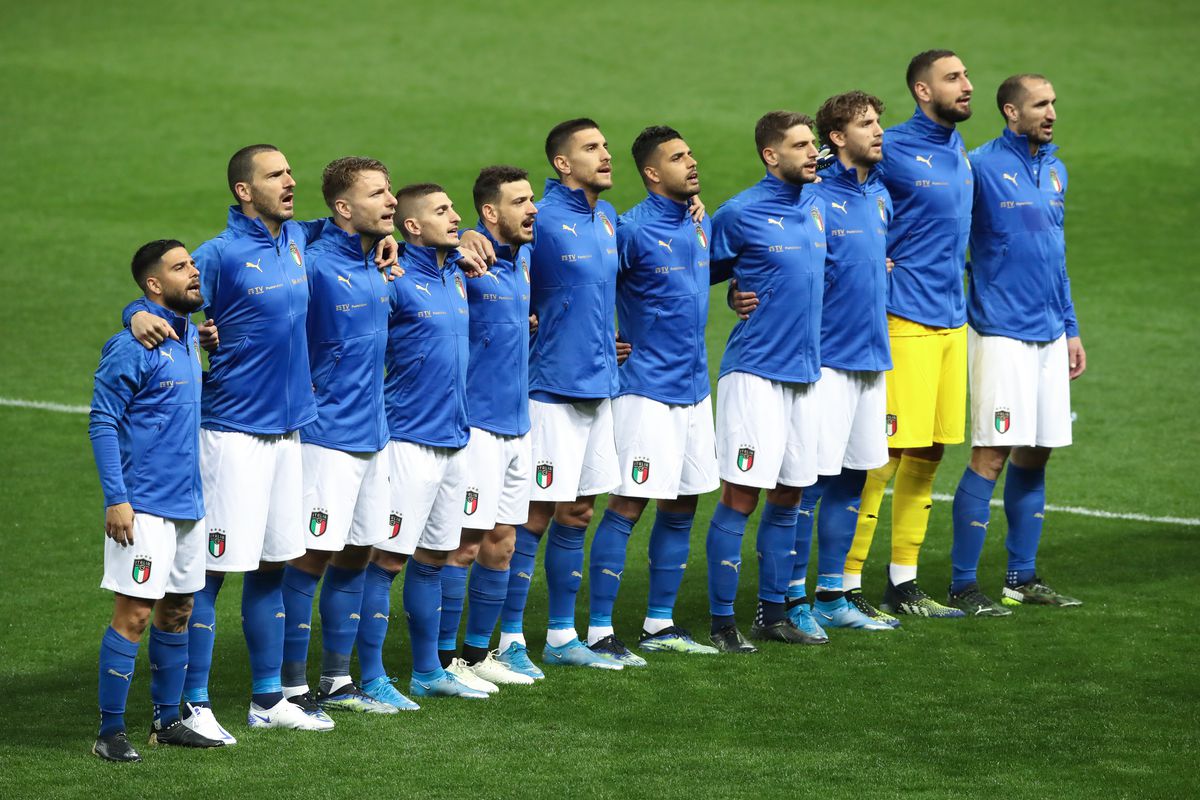 2. Build an identity for your team

After assembling his players, he went on to create a team identity around them. He didn't just impose his ideals on his players, he made it around them. He complimented their strengths when he adapted his tactics to utilize the talent at his disposal. By optimizing the 4-3-3 formation, Mancini built a compact team resolute in defence, technical in midfield, and fearless in the attack.

Subsequently, Mancini had built an identity that brought the best out of the players in the team. It is no surprise that the last time Italy lost a match was 3 years ago, September 2018.

Vital to his success was the culture Mancini curated within the team where everyone, including players outside the starting lineup, felt like an integral part of the team. He valued every player under him and they rewarded his faith in them with exceptional performances when called upon. 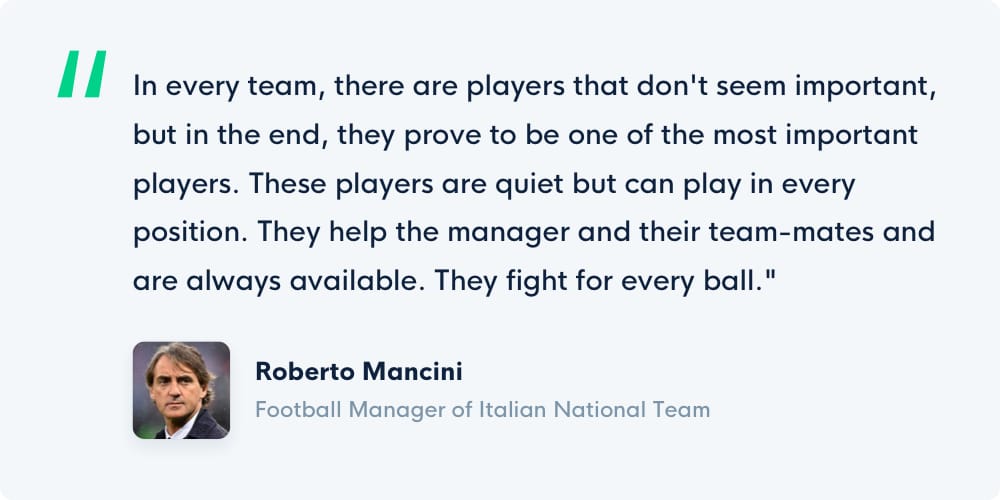 Roberto Mancini has mentioned that the greatest football regret he had as a player was not playing a single minute at the World Cup. He was called up for the tournament in 1990, but the coach then, Azeglio Vicini, never for one minute used him during the match.

Before he was appointed as Italy's manager, Mancini spoke openly about his ambition to fulfil a dream he has always had. In January 2018, he told Gazzetta Dello Sport “I have a dream. I want to win as a coach the thing that I did not win as a footballer: a World Cup.”

Presently, he's managed to take Italy to a semifinal place in the ongoing Euro 2021. At this point, the main goal for him will be to go all the way and make Italy European champions. He told the Italian Edition of GQ recently:

“The objective now is to spend the summer in Portonovo [a seaside town close to where he grew up], signing autographs as a champion manager.”

Lead your team to glory

As a coach, a leader or a manager, it is vital to bring out the best from those under you and Roberto Mancini has shown that he's the exact type of manager who can lead a team to success.

Under his leadership, Italy went on an incredible streak of 12 games without conceding a single goal!

He also surpassed the 82-year record for the longest unbeaten run by an Italian team (30 games, 1935–1939 under Vittorio Pozzo) and is currently on a 32 game unbeaten streak.

(Vittorio) Pozzo won many important trophies too, so we’re still far behind that level. Anyone who goes through to the Round of 16 can win the Euros, that’s for sure. Every game is difficult, we mustn’t think that we can win every game or that any of this is to be taken for granted. We thank the people of Rome for all they’ve done for us and hope everyone can get back to enjoying themselves.

The performance review meeting is supposed to be a two-way conversation ...

Former and current employees have associated the success of Amazon with ...

20 best movies of all time about leadership and management

Watching movies is a way to learn and get some entertainment while ...

The work culture at Apple has caught the eye of many organizations. How ...